New York (CNN Business)It’s not often that a company asks to end a tax break that is worth about $100 million a year. But Boeing is doing just that.

It’s not out of any sense of corporate largess that Boeing (BA) is seeking to end the tax break it has been getting from Washington, its home state. Instead it hopes to avoid a tariff being put on planes it sells to European airlines.
The World Trade Organization has found that the tax credit in Washington state violates its rules against government support for exports, opening the door to the European Union placing tariffs not just on Boeing goods, but on all manner of US exports to Europe.
The specific tariffs have yet to be announced. But they are likely, given that the Trump Administration has already announced tariffs on European exports to the United States because of a similar case involving government support for Boeing rival Airbus.
There is little doubt that the tax break for Boeing will therefore be removed quickly. Legislation to do so was introduced this week.
“There is broad agreement in [the state capital] that we need to act this session to address the WTO issue in order to avoid retaliatory tariffs that would damage not just our commercial aircraft industry, but other important Washington exports,” said Gov. Jay Inslee. Exports from Washington State to the European Union came to $12 billion in 2018, according to the most recent annual trade data.
And Boeing has made clear that it is completely on board with the tax break going away, saying it believes that will bring it into compliance with all WTO rules.
“Boeing applauds the actions today by Washington State leaders to introduce this legislation. We fully support and have advocated for this action,” said the company in its statement.
But under WTO rules, it’s possible that the EU could still be given permission to impose tariffs on US exports to Europe, even if the tax break is removed, due to the past damage. But Boeing and other officials hope that removing the tax break could give it the high ground in the Boeing-Airbus trade dispute.
“You have to hand it to Boeing about how great they played the PR on this. ‘Look at what we’re giving up,'” said Scott Hamilton, managing director of the Leeham Company, an aviation consultant. “Airbus suddenly has a very weak hand.” 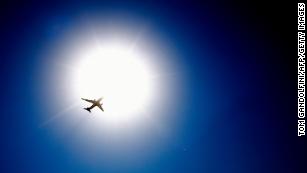 Boeing’s got bigger problems than the 737 Max
Boeing and Airbus have been accusing one another from benefiting from unfair government support in disputes going back decades. They both are right said Gary Hufbauer, a senior fellow at the Peterson Institute for International Economics.
“The aerospace industry’s whole history is one of government support, going back to the 1920s,” he said. “Airbus wouldn’t exist without the government support.”
The Trump administration announced last October that it was imposing tariffs on $7.5 billion worth of EU exports to the United States. Airbus jets, other than those made at its US plant, now stands at 10%, and it is poised to keep going up. Even if the WTO accepts the move by Washington State, and blocks and EU tariffs on US exports, Hufbauer said the only way to resolve this long-running dispute is with negotiations between the two trading partners.
“This will not be settled by the hammer of these retaliatory tariffs. There will have to be a settlement,” he said.